As a clinician, I have seen so many patients who have had the “standard” gluten test or even a more complex food sensitivity panel and they were told they were not sensitive to gluten. However, they continued to have chronic health issues. Later, after running the Complete Gluten Sensitivity Panel they tested positive for unique sensitivities related to gluten.

Most doctors do not understand the complexity of gluten sensitivity and do not know how to properly test for all the different sensitivities associated with gluten. I have made it easy for you by putting together this Complete Gluten Sensitivity Array.

Gluten is the common protein molecule found in wheat, barley, rye, kamut and spelt. Gluten is a sticky storage protein that binds to the small intestinal wall where it often causes digestive and immune system disorders. Gluten sensitivity is an epidemic that is a major factor in inflammatory disorders of the gut, immune system, skin and nervous system.

Gluten intolerance is highly associated with inflammatory disorders of all kinds including:

GLUTEN AND THE BRAIN

Gluten is made up of a sticky portion called glutenin and a protein portion called gliadin. Gliadin can be broken down into alpha, omega and gamma gliadins. Most lab tests only look at alpha gliadin anti-bodies but this is only a very small compenent of the total molecule. Often times this lab comes back negative but the individual is reacting to some of the other components of the gluten molecule.

Glutenin gives wheat dough strength and elasticity and is very commonly used in the baking process do to these desirable characteristics. Many people have severe reactions to this molecule but it never shows up on the basic gliadin anti-body testing.

The food processing industry very often deamidates the gladin molecule to make it water soluble. Deamidated gliadin has been shown to trigger severe immune responses in many individuals. This never tests out for gliadin anti-bodies.

Grains, nuts and legumes also contain lectins which bind sugars and carbohydrates together. They are referred to as wheat germ agglutin (WGA) molecules in wheat. The WGA molecules have been shown to trigger immune reactions and their highest concentrations are found in whole wheat and sprouted wheat.

Research has shown that WGA molecules can pass through the blood brain barrier and attach to the myelin sheath which is the protective coating of the nerve. Lectins inhibit nerve growth factor which affects the ability of the nerves to heal and repair effectively. Many individuals never test positive for a gluten allergen yet they have WGA sensitivity that is causing severe inflammatory problems in their body.

When the body metabolizes gluten it creates opoids in the form of gluteomorphin. One can have a blood test to see if the body produces antibodies to gluteomorphin and the building block prodynorphin.

When someone has a opioid sensitivity going gluten free can cause severe withdrawal symptoms that are similar to coming off of opioid drugs such as heroin. These symptoms include depression, crazy mood swings, nausea and vomiting as well as abnormal bowel activity. This can often last anywhere from several days to weeks. WHY I LOVE THIS TEST

This is the only test that I recommend and respect when it comes to understanding an individual’s unique response to gluten.

If you live in New York or New Jersey, some lab testing may not be able to be completed.  Please contact our team at (847) 222-9546 to verify that this request can be fulfilled. 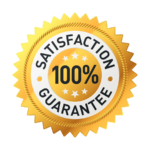 Fortunately, because of the many thousands of newsletter readers and social media followers, my team has been able to network with a great lab distributor and get the best possible pricing for everyone.

The retail value (using market value and insurance based rates) is highly inflated and driving up the cost of health care. This is the old, archaic method that many people are still using and paying way more for insurance and co-pays than they really should be.

Many intelligent people are saving insurance premium dollars and turning to pay by order labs such as DirectLabs and others. These skip the middle man (doctors’ visits) and cut down costs for the patient.

If the test requires blood work you can take your kit to any local lab and have the trained professional take your blood and fill out the kit and send it in the mail.

Urine and blood prick tests can all be done in the comfort of your home and sent into the lab with the mailing slip in your kit. All instructions will be sent to you with the kit. It is a very simple process that most anyone can figure out. The lab also has a customer service phone # if any help is needed.