What are Your Homocysteine Levels?

Homocysteine is an inflammatory amino acid that is produced as a byproduct of protein metabolism. Homocysteine-induced injury to the arterial wall is one of the factors that can initiate the process of atherosclerosis, leading to endothelial dysfunction and eventually to heart attacks and stroke (1).

Dr. Kilmer S. McCully, originally reported in 1969, that elevated homocysteine was associated with advanced atherosclerosis and premature death (2).  He found that children born with a genetic disorder called homocystinuria, which causes the homocysteine levels to be very high, often died at a very young age with advanced atherosclerosis in their arteries. However, it was not until the 1990’s that the importance of homocysteine in heart disease and stroke was appreciated. 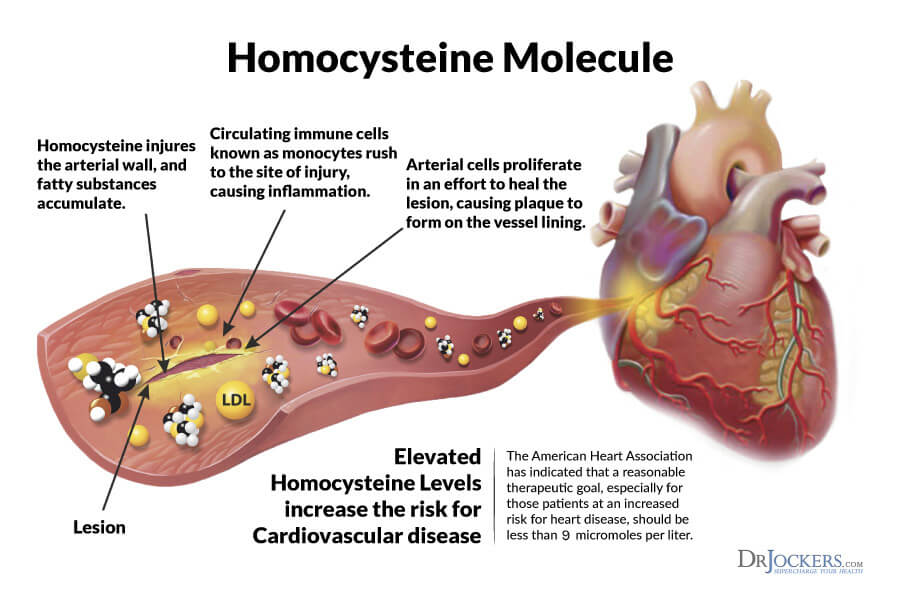 High homocysteine is also associated with blood clots in other major regions of the body.  This includes the veins in such conditions as deep vein thrombosis and pulmonary embolism.  In some studies, even moderate levels of homocysteine levels showed higher rates of incidence of blood clot formation (5, 6). Who Should Get Tested:

The best way to test homocysteine levels is through a combination lab that looks at other factors involved in cardiovascular health such as C-Reactive Protein, Lp(a), lipids, liver enzymes, B12 levels and so much more.  Getting a Comprehensive Blood Analysis is a great blood test that allows us to look at all these factors of your health. 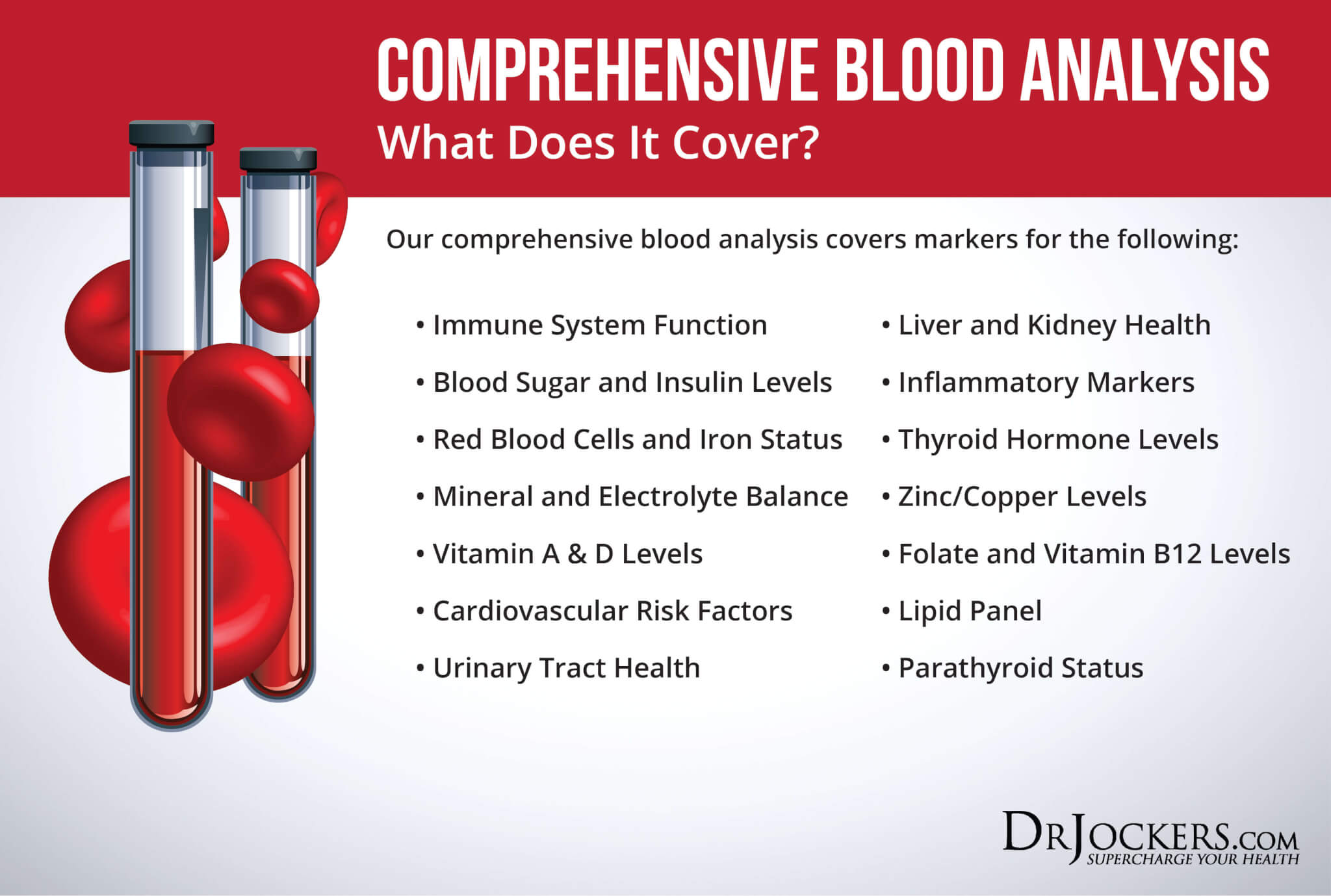 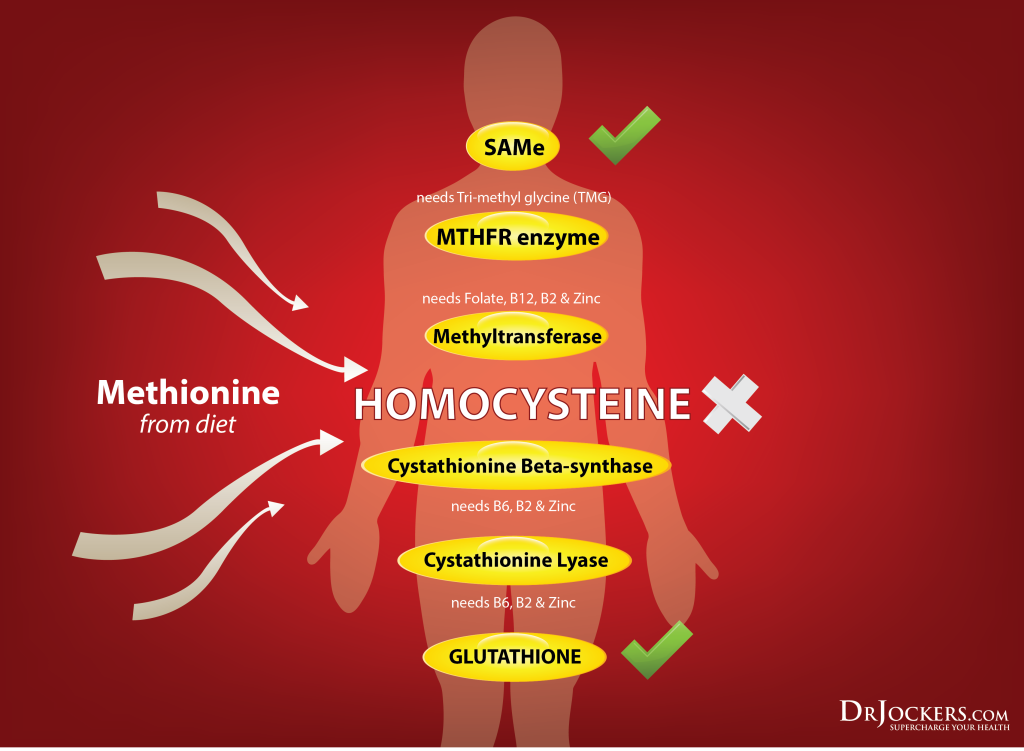 The Methylation Cycle and Homocysteine:

Typically, about 50% of homocysteine is remethylated and the remaining homocysteine is transsulfurated to cysteine.  The cysteine that is formed is then used to produce glutathione.  Glutathione is a powerful anti-oxidant that protects cellular components against oxidative stress. A poor diet that is high in sugar and carbohydrates can deplete these key B vitamins and magnesium. If an individual has gut dysbiosis, they can have poor absorption of these key nutrients which can result in high homocysteine as well (8, 9, 10).

Finally, genetic defects such as the MTHFR gene mutation can often cause problems with folate and B6 absorption and utilization are often found in individuals with elevated homocysteine (11). Blood tests that show homocysteine levels above 8 umol/L are an indication of methylation deficiencies and elevated risk of cardiovascular disease. These individuals should supplement with pre-methylated forms of B vitamins such as methyl-folate, methyl-B12, Pyridoxal 5′ Phosphate, riboflavin, trimethylglycine, magnesium and choline.  Clinically, I use a product called Methyl Power which has clinical doses of each of these nutrients and will lower homocysteine levels when the issue is do to B vitamin deficiencies. Heart disease is the #1 killer throughout the world and our current medical system is treating this condition COMPLETELY WRONG!  Most cardiologists are using an outdated model for heart disease and this is why they aren’t getting results.

Heart disease has impacted all of us and chances are you or a close family member is either suffering with a heart disease related symptoms or will be in the next year.

This is why I want to invite you to a masterclass with my good friend and integrative cardiologist, Dr Jack Wolfson.

It is called the Path to The 100 Year Heart and you will learn the root cause factors, early signs and symptoms, best lab testing and natural support solutions to keep your heart healthy for 100 years or more!

Dr Wolfson interviewed me on Advanced Nutrition, Fasting and Cardiac Autophagy strategies.  It was a powerful interview that I know you will get so much out of.  Be sure to sign up for this incredible masterclass today.