Why I Don’t Eat Shellfish

I am frequently asked about consuming shellfish.  I personally do not consume shellfish as my parents raised me following many Jewish cultures as our intention was and still is to live like Yeshua (Hebrew for Jesus) lived.  Growing up, I followed this nutritional law because I was told so.

As an adult, I have made this decision after researching Biblical practices as well as nutrition and toxicity.  Although many spiritual leaders consume pork and shellfish, I don’t believe these foods are necessarily helping improve their mental, spiritual or emotional health.  In this article, I go through the reasons why I don’t eat shellfish. The Food We Eat and Our Spiritual Health

Just to be clear, I don’t believe that the food we eat has any bearing on our spiritual salvation.  However, it does affect our energy, mental clarity and risk of disease.  Since most people would agree that a spiritual walk is demonstrated in how we serve and love people, our energy and our mental/physical condition plays a very important role in our spirituality.

When we have less energy, poor mental clarity and/or are suffering with a chronic disease it can be much more challenging to serve and love people.  Therefore, it is a very important consideration people should make in their lives and choosing the food we consume with intentionality should be a part of our spiritual walk. Why I Don’t Eat Pork

The health philosophy that I teach and live by is to consume foods with maximal nutrients and minimal toxins in order to honor and worship God with my body, mind and spirit.   Understanding this, it is easy for me to conclude that eating pork does not fit into my value system.  Pork, when compared to grass-fed beef, lamb, bison, venison, etc,  is low in vital nutrients and is very high in environmental toxins and parasites.

I discuss the problems with consuming pork and why I don’t endorse it as well as the healthiest options if you do want to continue to consume it in this article here.

Shellfish, on the other hand, may not be as bad as pork.  Certain types of shellfish, such as oysters and krill, contain a tremendous amount of vital nutrients that are hard to attain elsewhere.

In particular, shellfish is high in zinc, which is an extremely common deficiency and plays a huge role in human health.  Oysters are the very best source, by far of zinc, which is important for the immune system, healthy skin and fertility.  Most shellfish and seafood in general is rich in selenium, which is a trace mineral that is important for the immune system and thyroid function (1).

Shrimp and krill are very rich in long-chain omega 3 fatty acids EPA and DHA, which are important for reducing inflammation and promoting brain, neurological and cardiovascular health (2).  They are also consuming red algae where they get astaxanthin, which is a powerful antioxidant that is also responsible for their pink color (3).

In today’s society, with the overuse of fossil fuels, we have a high level of heavy metals like methyl mercury in our waterways.  This means that all seafood will have issues with metals, but fortunately, selenium and zinc help to reduce heavy metals in our body.  So it would seem that the nutritional benefits outweigh the environmental toxicity issues associated with consuming shellfish.

This creates the dilemma, if shellfish are so rich in vital nutrients than why would God be adamant about not consuming them? You shall regard them as detestable; you shall not eat any of their flesh, and you shall detest their carcasses. Everything in the waters that has not fins and scales is detestable to you.”

This command includes crustaceans, mollusks and certain fish like catfish, sharks, rays, eels, paddlefish, hagfish and lampreys which have no scales.

Detestable is a very strong word, it means “deserving intense dislike.”  Why would God want man to have an intense dislike towards creatures He created?  In order to understand this, we need to look at the nature of the animals. The Nature of Shellfish:

These animals are scavengers, so by nature, they will have a higher toxic load.  They are like the cleanup crew that breaks down dead and decaying matter in the ocean, lakes and rivers.

Shrimp are also bottom dwellers and sweep the ocean floor, eating all kinds of dead animal parts.  Interestingly, certain parasites have been shown to drive a higher level of cannibalism in shrimp.

A 2015 study found that a tiny parasite, Pleistophora mulleri, significantly increased the cannibalistic activity of shrimp and made infected shrimp more voracious (4).  The scientists witnessed them continuously rip through their brother and sister shrimp in a much shorter period of time than it would normally take a non-infected shrimp to eat something of a similar size.

The problem with this is, when shrimp hunters pull up their nets, they don’t know which shrimp are infected by parasites and which are not.  They all look the same and I would imagine taste the same.  There is no detection process. Shellfish are one of the most common food allergens and they send more people to the hospital each year than any other food allergen response.  Roughly 6 million Americans (about 1 out of 50 people) have allergies to shellfish, most commonly to the crustacean group (5).

The particular allergen in shellfish is different from the compounds one could be allergic to in fish.  Therefore, those who are allergic to shellfish do not necessarily have to avoid fish and vice versa.

In particular, scientists found that the protein called tropomyosin, which is found in the muscles of all animals, is the allergy trigger.  They also found two regions, called epitopes, that attach the shellfish tropomyosin to the IgE allergy antibody.  These components are most similar in animals of similar species (6).

The crustacean group which consists of shrimp, lobster and crab causes the largest number of allergic reactions.  Many individuals who react to the crustaceans can consume mollusks such as scallops, oysters, clams and mussels because their tropomyosin epitopes are slightly different. How About Those Mollusks?

The mollusks are found in coastal areas, streams and lakes and are considered filter feeders.  They are stationary creatures who don’t hunt out food, but instead they pump water over their gills, trapping pieces of salt, silt, bacteria, plant debris, viruses and parasites to consume.  These are the ultimate filter feeders that exist to help purify the water.

The FDA says that raw oysters, mussels and clams are responsible for 85% of all seafood related illnesses (7).  They are known to carry hepatitis A, salmonella, E Coli, cholera and the Norwalk virus.  We should absolutely avoid eating these raw, but cooking through doesn’t necessarily eliminate all of these.

Anyone with a compromised immune system or weak stomach acid levels would have a greater risk of developing one of these infections from consuming mollusks.  Additionally, as the waterways are getting more contaminated from the heavy use of industrial chemicals in our society, the greater the toxic load these mollusks will be carrying.

Shellfish is highly perishable and pathogenic bacteria love to eat this so it spoils very quickly and easily.  Most people cook shellfish, but it is difficult to cook it correctly.  Every year, millions of people are exposed to undercooked and often spoiled shrimp, crab, oysters and other shellfish.  These pose an enormous threat with active parasites, viruses, bacterial loads and more. 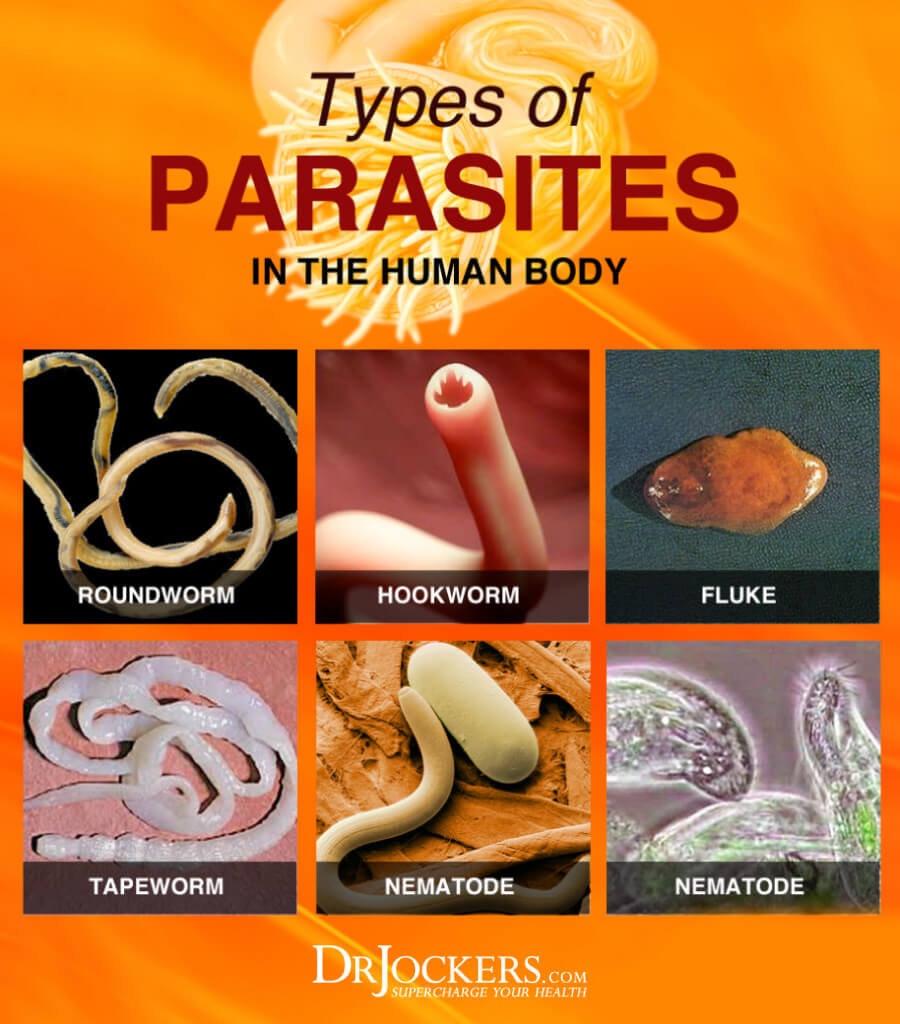 The 21st century world is much more toxic than it was in the biblical days and our oceans, lakes, rivers and waterways have a significantly larger toxic load than ever before.  Methyl-mercury is produced through burning fossil fuels and works its way up into the Jet stream and then comes down in the form of rain, mostly over the oceans.  So we know mercury is an issue.

This is a big issue with the mollusks who bioaccumulate the mercury, lead and other metals in high amounts.  The crustaceans and fish are able to excrete more of these and are not as high a metal exposure.  The biggest concern with crustaceans is the parasite load and xenoestrogen accumulation.

Xenoestrogenic chemicals from plastics and other industry products and pesticides, dioxins and other contaminants are often found near the bottom of the waterways.  This is where the shellfish accumulate.  Most shrimp on the market, come from places where there are little to no restrictions on contaminants such as PCB’s and dioxins. Was God Giving us a Health Message?

Infectious disease was the greatest threat to early mortality in the biblical days.  It could easily wipe out families, tribes and cities in the pre-medical world.  The book of Numbers, Deuteronomy and Leviticus contain health principles that were designed to minimize infectious risk.

God called shellfish detestable because I believe He wanted us to understand that they were unclean and posed a threat to our health with their parasite, bacterial and viral load.  In Biblical days, we had much less environmental toxins, however, we also didn’t have refrigeration.  So the major risk would be the infectious microorganisms.

Today, the environment has changed and we have a significant amount of industrial chemicals making their way into our waterways and therefore, into the shellfish.   We have ways to cook out the microorganisms if these are prepared properly, but we are unable to cleanse them of toxic chemicals.

The Old Testament is a narrative of the Hebrew people with the central theme as the survival of this culture in spite of a hostile world and their ability to thrive in the promised land of Israel.  With this understanding, it is good logic to think that God would advise on nutritional practices that could be harmful to the tribal health.

Was this biblical message to avoid shellfish necessary for reducing the possibility of infection and serious health problems?  Based on the study of the nature and characteristics of various shellfish, it does seem to be good advice for optimal health.

Personally, although I have never intentionally eaten pork, I have tried shrimp, mussels, octopus and found them to have a decent taste but nothing that my body needed or craved.

Sources For This Article:

3. The role of astaxanthin in shrimp pigmentation. (PDF)

5. More Americans allergic to seafood than any other food NewsMedical Link Here