Every year, April and October roll around and we are suddenly bombarded with reminders of how cancer impacts the lives of those around us. Various foundations make their appearances as they market their Race For The Cure or some kind of campaign on a mission to find the cure for cancer (once and for all!). While this altruistic effort is certainly commendable, we have to ask if it is really moving us in the right direction? Are we really approaching a cancer cure?

April is Cancer Awareness month and October is Breast Cancer Awareness Month, during this time we honor breast cancer victims and survivors, raise awareness of the impact cancer has on our citizens, and underscore our commitment to battling this deadly disease. I think this month is important, however we may need to take a deeper look at some of the foundations at the forefront of this movement.

It is crazy how companies like KFC, who sells fried chicken, is endorsing breast cancer charities with their Buckets for the Cure campaign.  We know that KFC and other fast food companies that offer fried chicken and fried foods have trans fats and acrylamide among other known carcinogens in very high amounts within their food.  Purchasing “Buckets for the Cure” and consuming the fried chicken would actually only increase the cancer rate!!

Science Daily, on Dec 9, 2008 projected cancer to be the number 1 killer in the world by 2015. While heart disease continued to lead the way, cancer was a very close second. Today, cancer is still the second leading cause of death in the US, claiming almost 600,000 lives each year. To put that into perspective, that is about 23% of total deaths that occur in the US every year (1).

Over the last 25 years or so, it is estimated that cancer awareness foundations have raised multiple trillions of dollars for the research of cancer. Research-wise, the majority of these dollars have gone into the big three cancer treatments: chemotherapy, radiation, and surgery. While these treatments showed promise initially, it is starting to seem they are short-sighted and may put the patient at a great health disadvantage. Traditional cancer treatments like chemotherapy, radiation, and surgery take a direct approach to killing cancer by either poisoning it or directly removing it.  While in some cases, these approaches seem helpful, they are certainty not a true cancer cure and over the long-term I think we are missing the bigger picture.

We may be doing ourselves a disservice by aggravating the tumor environment while simultaneously weakening the body’s ability to heal itself (2). This is why natural therapies seem to improve the outcomes of conventional treatments, by mitigating unwanted damages.

You have to understand that cancer does not arise unless it’s host is operating in an unhealthy state. It has been suggested that cancer arises due to dysfunctions found within the immune system, mitochondria, and possibly other areas of the body (3, 4). In other words, it is an issue of one’s health and not a freak genetic accident. A recent British study, reported by ABC News in Nov. 2008, found that about 1 in every 4 cancer related deaths had either been sped up or even caused by chemotherapy. The study’s findings also included the discovery that 2 out of every 5 of the patients had suffered significant poisoning from the treatment.

Another 2015 review in the journal JAMA Oncology stated that chemotherapy administered to patients with metastatic cancer neither improved survival times or improved quality of life (5). At the same time, these people were also subjected to the harmful side effects. With all of the money funneled into these massive foundations and the almost non-existent dent we have put into the growing cancer burden, one has to wonder what is going on here. There is always some type of new variation of these old therapies or some new detection technique that seems to have made an astounding advancement in finding the cure for cancer. It seems there is some deception with how these things are reported however.

In the book, Outsmart Your Cancer, Tanya Harter Pierce outlines 6 main ways in which cancer statistics are manipulated to make them look better than they are. She obtained these findings mainly from the excellent work of Lorraine Day, MD, and Ralph W Moss, PhD. What Is Considered Successful Treatment?

A successful treatment is defined as being alive 5 years after diagnosis. This means that a person could be very sick with cancer for 5 years and 1 day, after which he or she dies, and still be declared as “cured” by chemotherapy. To me, this seems delusional.

Even more astounding is that certain types of cancer and certain groups of people which exhibit poor recovery rates are simply excluded from overall statistics. This artificially raises the average “cure” rate.

Easily curable cancerous and even pre-cancerous conditions are included in overall statistics, however.

Patients who fail to complete conventional treatment protocols are excluded from overall statistics. This means that if a patient prescribed a 10-course chemotherapy protocol dies after 9 sessions, he is not included as a “failure” case. Control groups, however, play by different rules. This, again, artificially raises cure rates for conventional protocols.

Earlier detection is taken to mean longer survival time. This means that a person may die at the exact same point of cancer development as another person, but the former is taken to have lived longer simply by virtue of the fact that his tumor was discovered earlier. In other words, different start points are used. Isn’t this merely delusional? It is scientific fact that everyone develops between 1,000 – 10,000 cancer cells as a product of metabolic processes every day.  Fortunately, we have a powerful immune system that heals and destroys these abnormal cells, allowing new healthy cells to reform.

The critical question that must be asked when diagnosable cancer is present is, “why is the body not healing itself?” Conventional cancer treatment wants to focus on destroying the cancer from the outside (chemo, radiation, etc.) whereas the best success rates have come from maximizing the body’s own innate healing abilities.

Years and years of research on top of an increasing interest in natural cancer treatments have deepened our understanding of cancer. We now understand a lot about its underlying mechanisms and how our lifestyle affects our own body’s’ ability to fight off diseases like cancer.

By being conscientious about how we are living our lives, we can drastically improve our natural healing abilities; which can play a tremendous role in healing cancer.

First and foremost, if you are going to take control of your life and take on cancer, you must have the right mindset. Negative and self-defeating thoughts can literally weaken the immune system and allow disease to develop at an accelerated rate (6).

Throughout your healing journey this will be one of the foundational aspects of getting better. Deep in your essence you must see yourself as worthy of optimal health, grateful for the direction you are being led, and constantly reaffirm that you are getting healthier and stronger every day.

We live in a society full of stressors. Environmental toxins is one of these stressors that plays a significant impact on our health. While we have some ability to avoid these toxins, there are simply too many to avoid them all. These toxins like, heavy metals, pesticides, mold, and more make their ways into the body and inhibit normal bodily functions in many different ways.

This is why it is so incredibly important to focus on maximizing your abilitiy to eliminate these toxins from your body if you want to maximize your healing potential. There are a number of strategies even I employ on a daily basis to ensure this. These include

Intermittent fasting is a great way to detoxify, boost immunity, and build the resiliency of your cells. One of the major benefits of intermittent fasting is the physiological process called autophagy. This is where old and weakened cells in the body are destroyed and recycled to allow newer and stronger ones to grow.

This may include a 16-20 hour liquid fast each day where only clean water, herbal teas, fermented herbal botanicals, and green juices (without fruit) are consumed.  Or one may choose to fast for 24-36 hours once a week. 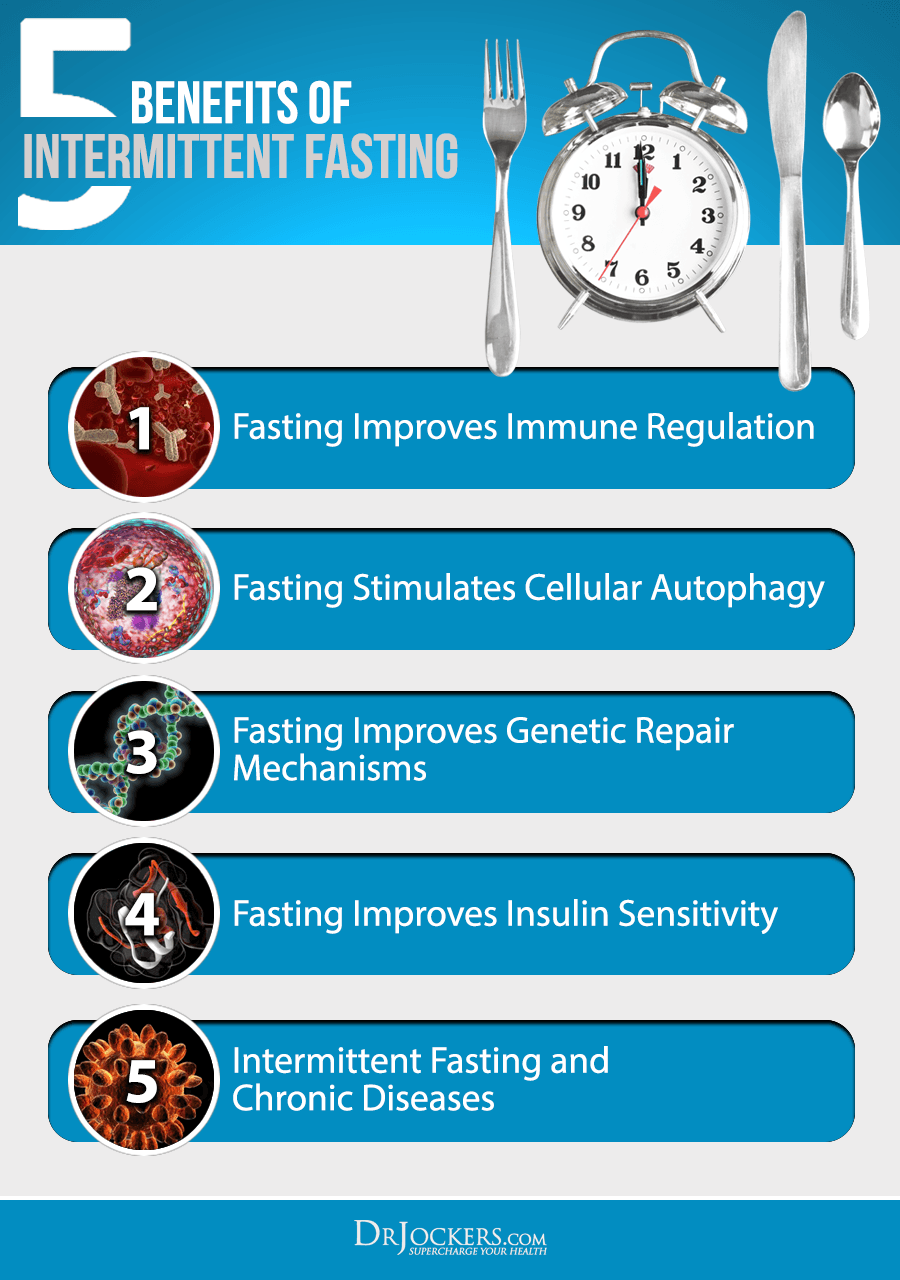 Your diet can be one of the most powerful healing strategies you can employ. In general, a ketogenic diet full of nutrient-rich vegetables and anti-inflammatory superfoods is the way to go.

Cancer cells need an abundance of sugar to grow and therefore a ketogenic diet may place them at a metabolic disadvantage. At the same time, consuming plenty of nutrients like curcumin, EGCG, polyphenols, anthocyanins, etc. that have been shown to boost immunity and shut off genetic cancer switches can drastically turn the tides.

For more on this style of eating, read this article.  Here is another great article on cancer-fighting nutrients.

Sleep is critical for optimal health. In fact, disrupted sleep cycles have been shown to increase breast cancer risk in women (7). Fighting cancer is a remarkable feat that requires a complex set of processes that are extremely demanding on the body. Sleep is one of the most important factors for rejuvenating the body and normalizing many functions such as immunity, adrenal response, and blood sugar stability.

There are several factors that influence sleep and the following are my top strategies for improving sleep:

In addition to the many lifestyle factors that can influence cancer development, there are a number of advanced therapies that can be extremely helpful for strengthening your body’s cancer fighting abilities.  These shouldn’t be confused as a cancer cure, but they can help the body to heal itself.

One such therapy is the combination of a ketogenic diet along with hyperbaric oxygen. These two actions together have been shown to demonstrate synergistic anti-cancer effects in animal studies (8).

If you are battling cancer or know someone close to you who has been diagnosed, the first thing to know is that you have time. Cancer is not something that develops overnight and in almost all cases is not going to kill you overnight.  The idea that we will find a cancer cure is simply a myth.  You must use healthy lifestyle activities to provide a foundation of health so that your body can do the healing.

Make sure you consider your options before beginning a treatment plan. Your body is an incredible healing machine as long as you give it a chance to do so. For more in-depth information on where to begin your cancer-healing journey, this article can be a valuable resource.

Additionally, if you want a plan to help create a foundation to prevent cancer than I would recommend checking out our Cancer Cleanse program here