MSM or Methylsulfonylmethane is a naturally occurring sulfur compound found in all vertebrates, including humans.  This compound is the third largest nutrient found in the human body and it is in meat, dairy and vegetables.  MSM has an extraordinary array of remarkable health benefits.

Sulfur is a mineral that is present in every cell of the body. It plays a key role in liver metabolism, the function of joint cartilage and the creation of keratin in our skin and hair. It is also critical for metabolism and antioxidant defense systems that protect the aging patterns of the brain. Sulfur Problems in the US:

Some of the healthiest cultures in the world have the highest levels of sulfur in their diet, while United States citizens have some of the lowest levels on the planet.  Icelanders are known for their low rates of depression, obesity, diabetes and heart disease.

Researchers are attributing much of this to the line of volcanoes that formed the island nation. These volcanoes are full of sulfur ash which blankets the soil after an eruption. This enriches the ground and makes drinking water, produce and meat products contain a dense supply of sulfur. The Problem with Modern Farming

Over the last 2 decades, the U.S. farming industry has shifted into highly technologized mega farms. These farms are entirely focused on producing high yields per acre and thus they have depleted many vital nutrients – such as sulfur – from the ground.

In addition, these farmers also apply artificial fertilizers to the soil. These fertilizers are enriched in phosphates and very low in sulfur.  These excess phosphates interfere with sulfur absorption. Sulfur amino acids are extremely important for the maintenance and integrity of the cellular systems. They strongly influence the ability to manufacture glutathione which is the bodies master antioxidant that is within every cell of the body and protects the DNA (1, 2). Glutathione Ratios within the Cell:

As electrons are lost the molecule becomes oxidized and a disulfide bridge forms creating GSSG.  This is reversed back to GSH upon re-reduction of electrons.

The ratio of GSH and GSSG is under tight homeodynamic control both intracellularly and extracellularly.    The ratio of GSH to GSSG within the cells is often used by scientists and physicians as a measure of cellular toxicity and oxidative stress.  In healthy cells and tissues, more than 90% of the glutathione will be in the GSH form and less than 10% in GSSG.

The higher the ratio of GSH:GSSG the healthier the cell is and the lower this ratio the more susceptible the cell is to cellular organelle damage and genetic mutation.   The extracellular GSH:GSSG ratio signifies the overall oxidative status of the blood plasma to address oxidative stress in circulation (5). MSM is able to donate electrons to GSSG and recycle the formation of GSH at a high level.  This has a favorable effect on the body’s ability to deal with oxidative stress.  This protects the intracellular organelles and the extracellular tissue components such as the blood vessel lining, the intestinal lining and the lining around the lung.  These are major areas that are affected by reactive oxygen species.

This antioxidant recycling ability makes MSM a great support for helping people struggling with asthma, allergies, chronic pain, headaches, cramps, etc.  It is also helpful for improving the integrity of the gastrointestinal lining and reduces irritable bowel symptoms such as diarrhea, bloating and constipation.

One of the signs of unsuccessful aging patterns is the formation of calcium deposits throughout the body.  This results in chronic joint degeneration and calcium based stones and blood vessel plaque formation.  MSM is a calcium phosphate dissolver in that it breaks up the unhealthy calcium deposits in the body that are causative factors in many degenerative diseases.

This characteristic of MSM is thought to be the agent that allows MSM to improve joint flexibility, reduce pain, stiffness and swelling.  By improving calcium metabolism it also improves circulation and cell vitality.

MSM has a significant effect at increasing the permeability of the cells which allows it to flush out excess fluids and toxins.  This is critical for a healthy resting cellular electrical potential for nervous system activity and for reducing oxidative stress in and around the cell.  This allows the cells to absorb nutrients more effectively and improves overall bodily energy levels.

MSM also provides the raw materials for the body to produce collagen and keratin.  These are vital for healthy skin, hair and nails.  This is why MSM is often referred to as the “beauty mineral” as it enhances the strength, thickness and shine of the skin, hair and nails.  It also supports healthy skin and individuals with eczema, rosacea, psoriasis, acne, dandruff and dermatitis. MSM is found in dark green leafy veggies and sulfur rich vegetables such as radishes, garlic, onions and chives.   Organic, pastured eggs and raw milk from grass-fed cows are the best food sources of MSM.  This is even more the case if these animals consumed grass that was rich in organic sulfur compounds.  Marine phytoplankton and algae also contain high amounts of MSM.

MSM is water soluble and volatizes to gas very easily.  So when it is cooked at high temperatures it turns to steam.  Pasteurization cuts the MSM levels by over 50% so it is best to get milk, cheeses, eggs and sulfur veggies in the raw form if you are trying to get your MSM from diet alone. 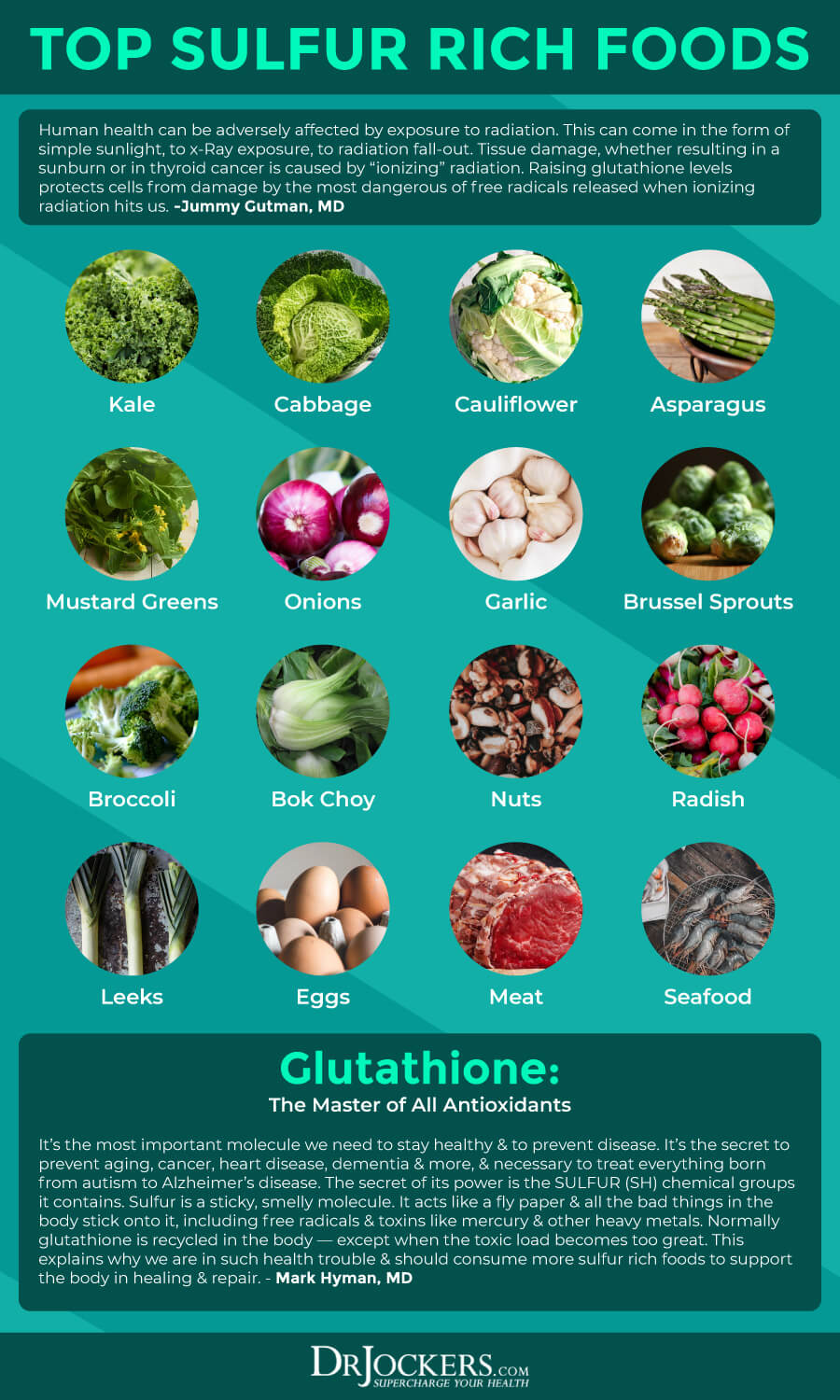 Most individuals will do very well with a daily dosage of 1-2 grams of MSM supplementation daily.  This would be around a diet that was rich in sulfur compounds to begin with.

Someone with leaky gut, auto-immune or a chronic inflammatory disease may benefit from taking 4-6 grams a day in 2-3 servings.  While MSM is not FDA approved to treat any health conditions it can provide a great support for individuals to improve their health.  Here is how I like to use it: There has never been a documented case of MSM toxicity so it is extremely safe.  It is always advisable for a pregnant female to advice with her doctor concerning any new supplementation.    If you have any sort of reactions such as nausea, bowel problems, eczema, etc., than it is best to cut the dose in half and see if it continues.  If so, stop usage and see what effect that has on your body.

Another great way to get MSM into specific sore joints is to use it in an transdermal oil with magnesium citrate.  This combination is amazing for reducing inflammation and muscle spasm in certain joint structures. While this isn’t FDA approved to treat any health conditions,  I use this regularly to support athletes and individuals with injuries and issues like plantar fasciitis, bursitis, tendonitis, sprains, etc.  You can find this product here 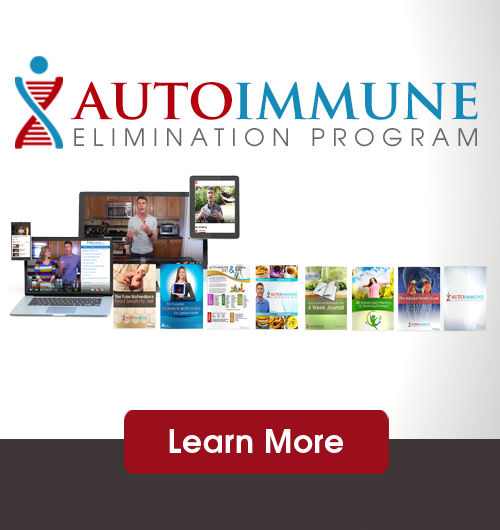 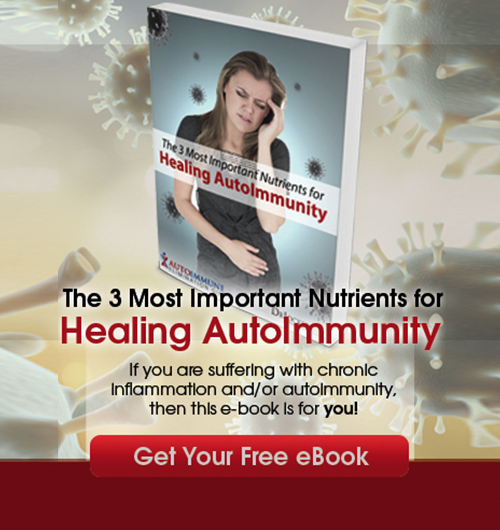