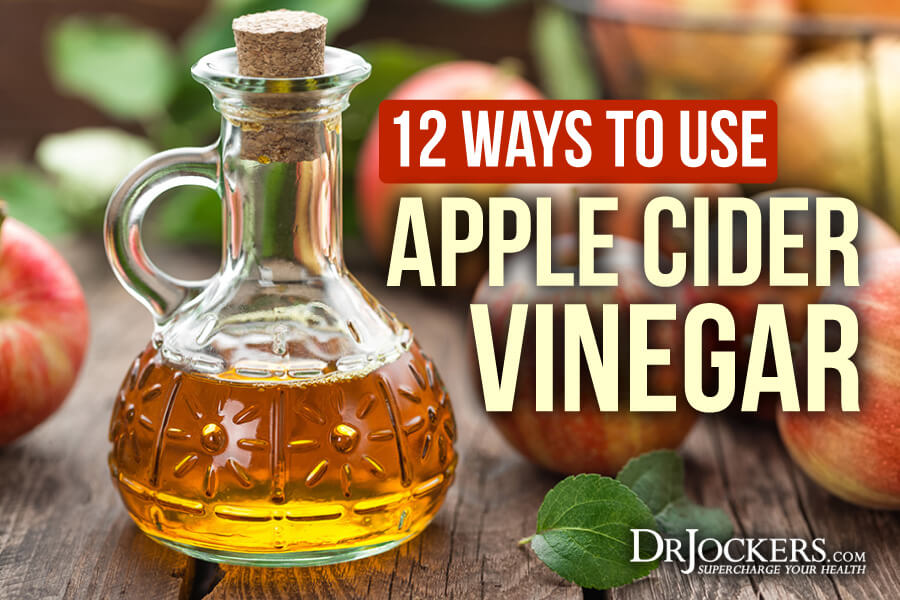 12 Ways to Use Apple Cider Vinegar

Historical evidence credits ancient Babylonians (5,000 B.C.) for creating vinegar or “sour wine” stemming from the French origin “vin airgre.” The benefits were not overlooked by the Father of Medicine, Hippocrates, who historically used apple cider vinegar (ACV), or cider vinegar, to treat wounds as well as to prescribe it as a tonic solution for a persistent cough.

The versatility of vinegar today has purposes for cooking, cleaning, healing and is produced in a variety of specialty vinegars. (1)  The difference between these vinegars is regulated by the Food and Drug Administration (FDA) in the United States requiring any vinegar product to contain a minimum of 4% acidity (9). The variations of vinegar most notably differ in taste, smell and appearance but a contrast is identified by the popularity of the type of vinegar in different countries and ethnic groups. 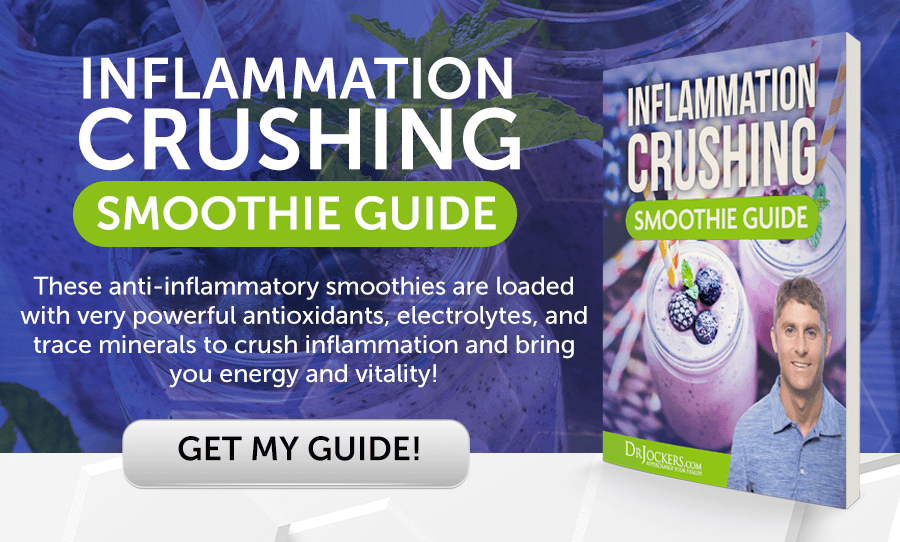 Difference between ACV and White Vinegar

The primary use of white vinegar, typically distilled, in households today is for a marinade in such foods like coleslaw or red beets and for an alternative cleaning tool for kitchen surfaces instead of harmful chemicals. On the contrary, dozens of health claims have been made regarding the benefits of apple cider vinegar.

Just a few of the many touted benefits of apple cider vinegar include removing skin and hair impurities, relieving allergies, removing nail fungus, relieving gas, abdominal cramping and bloating, fighting the flu and even neutralizing sunburn.  The primary active ingredient created during the second fermentation process of cider vinegar is key to the difference between ACV and other vinegars. The fermentation process is required in two series to produce apple cider vinegar. First, bacteria and yeast break down the sugars into alcohol. Secondly, over a slow and lengthy process, acetobacterium cause the oxidation of alcohol into acetic acid.

Acetic acid distinguishes apple cider vinegar by giving it a pungent, sour taste and may leave a cloudy, “cobweb-like” substance in the bottom of the glass (13). United States standards regulate that cider vinegar must contain a concentration of 5-6% acetic acid in comparison to other vinegar products such as the household white distilled vinegar containing diluted concentrations of acetic acid. (1, 12) A common way of fulfilling a dietary dose of apple cider vinegar is to utilize it in salad dressing or take a small shot glass of the tonic before a high caloric meal, especially before consuming protein such as beef that requires a longer period for digestion. A Japanese study in 2003 found that the glycemic index (GI) was reduced by over 30% when the simple swap of a pickled cucumber was made for a fresh cucumber.

Researchers believe that cider vinegar has antiglycemic properties and plays a pivotal role in regulating sugar levels in type 2 diabetics. Specifically, it is possible that a key component of the vinegar acts as an antiglycemic agent by mocking the chemical pathway of the drug, metformin, used by diabetic patients.  Side effects of metformin use include drowsiness, nausea, and diarrhea among other problems (18). Metformin use is also linked to liver disease and heart failure. (3, 6) 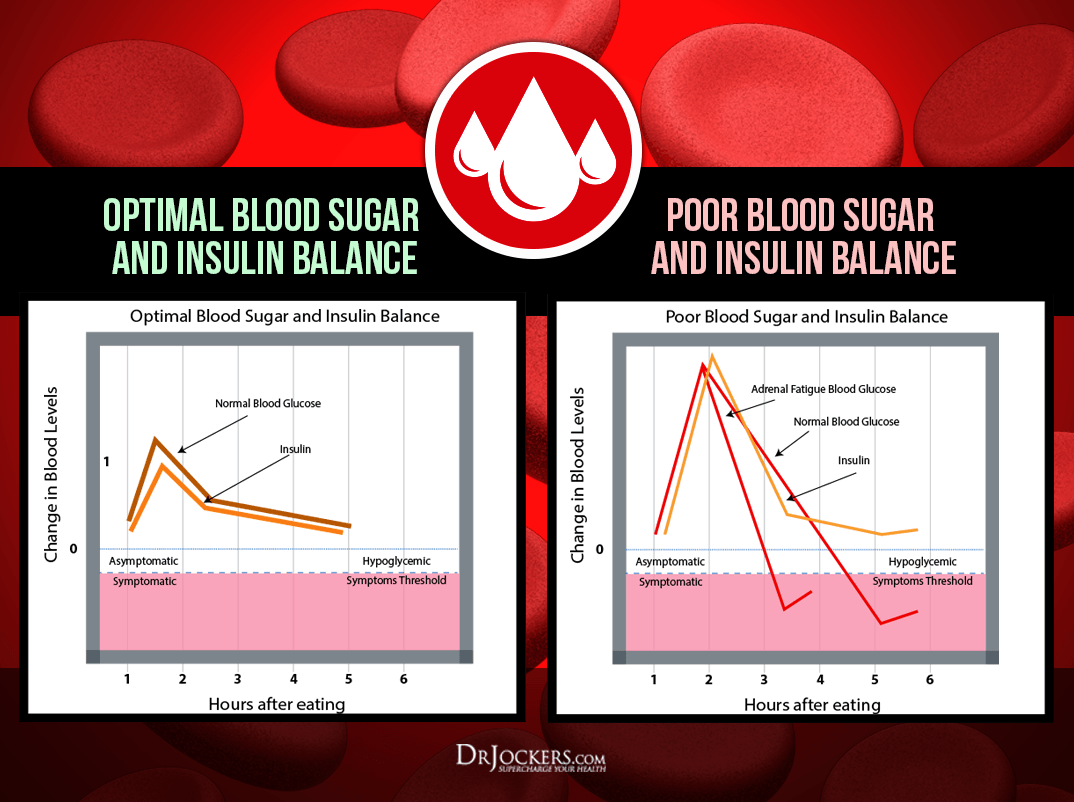 Post prandial glycemia is a spike in an individual’s blood glucose levels following meals. The simple introduction of vinegar consumption with a meal improved blood glucose sensitivity in several studies. The Diabetes Journal published a study in 2007 assessing the effects of vinegar on waking hyperglycemia in type 2 diabetic individuals, a condition known as “dawn phenomenon” (5).

Noted was a 4-6% reduction in fasting glucose levels when individuals received only 2 tablespoons of apple cider prior to a meal, in comparison to a lower 3-6% fasting glucose reduction when the same individuals received pharmaceutical treatment. Although a sexually biased study, one study group learned that women had a 55% reduction in the blood glucose response following a morning meal containing vinegar (4). 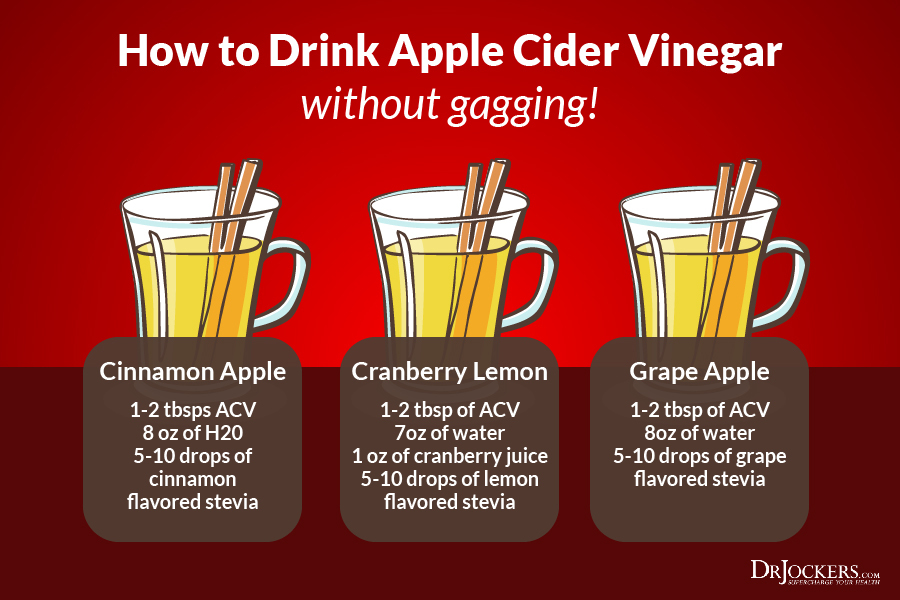 Decreased storage levels of triglycerides and total cholesterol levels in individuals were measured as quickly as within 4 weeks of consuming a regulated amount of ACV. Both acetic acid and polyphenols have been studied to have an effect on lipid metabolism. Acetic acid inhibits fatty acid and sterol synthesis by activating AMPK, a crucial enzyme in the pathway of cholesterol and fatty acid synthesis. 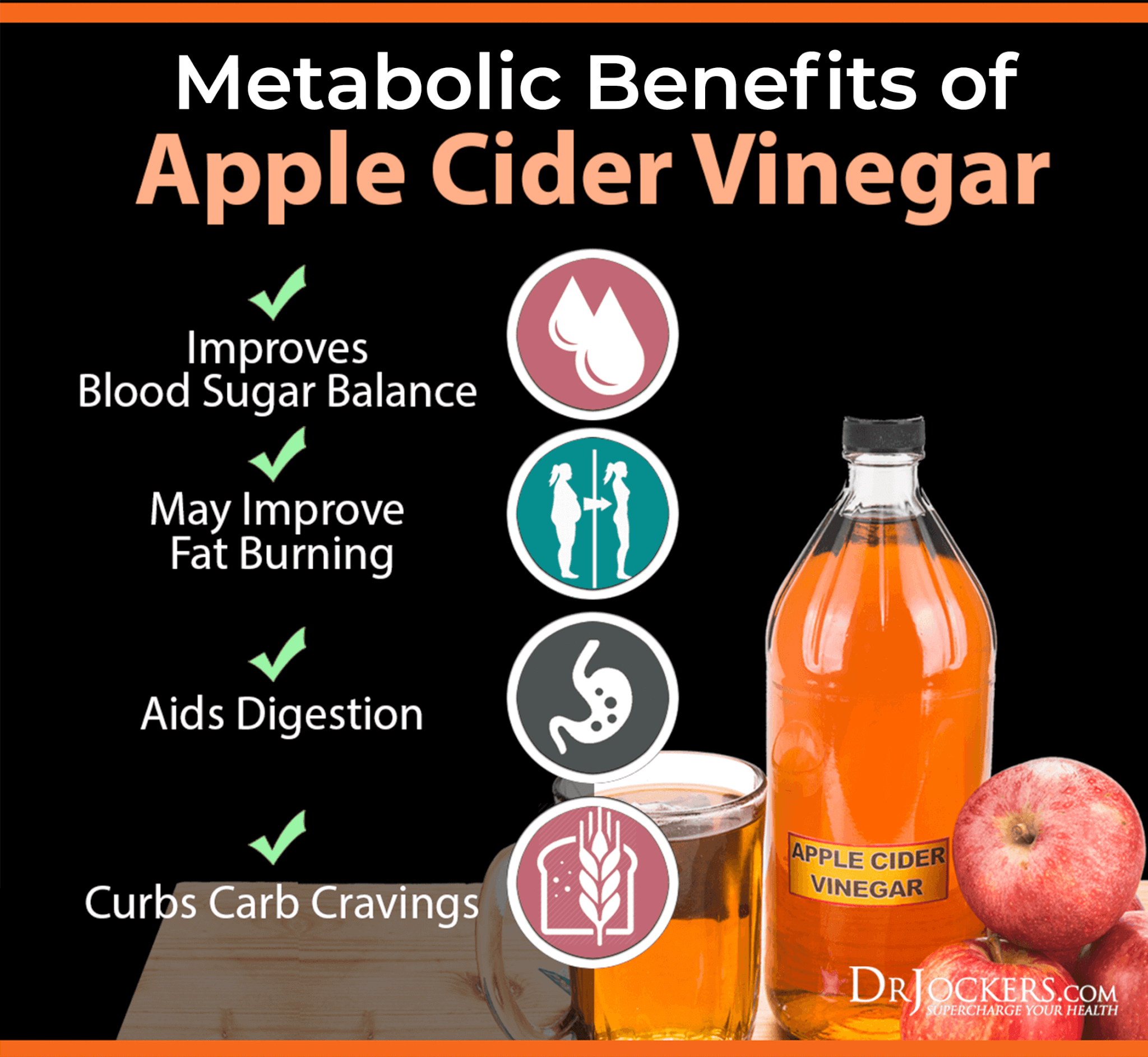 There are various factors promoting weight loss in individuals consuming a daily intake of cider vinegar (approximately one or two tablespoons). The antiglycemic effect may be attributed to the suppression of carbohydrate synthesis by inhibiting enzymes that stimulate the rate and timeframe of blood glucose concentration and consequently regulating satiety and/or appetite (6).

Weight loss effects from apple cider vinegar are evident in a group of 155 obese Japanese individuals (7). Data collected signified a decrease in visceral fat, BMI and serum triglyceride levels among other health benefits. With many factors promoting the detoxification and overall health of the liver, weight loss may also be caused from the stimulation of fecal bile acid excretion when consuming cider vinegar (8). The once philosophical belief that an alkaline diet is beneficial in reducing morbidity and mortality is becoming increasingly supported in scientific research. The Oxford University Press Journal published a study identifying vinegar to promote alkalinity in the body resulting from the release of stomach and intestinal neutralizing hormones and ions stimulated by acetic acid (6).

The human diet has drastically declined in total nutrition.  Today’s modern diets are often depleted of potassium, magnesium and fiber compared to an increased concentration of sodium, chloride, saturated fats and simple sugars (19).

As a result, modern diets are believed to induce metabolic acidosis causing a homeostatic imbalance and as a consequence lead to morbidity, chronic illness and ultimately a collapse of the human body. The release of hormones and ions along the digestive tract not only promotes alkalinity, but consequently assist the body in maintaining homeostasis. These homeostatic promoting factors not only benefit the digestive tract, but as studies have revealed, also regulates the environment in our blood and organs. (6)

Fruit, vegetables and cacao are not alone in their antioxidant defense against cancer. Although found in small quantities, polyphenols contained in cider vinegar protect the body in the fight against oxidative stress or damage caused by free radicals.  A strengthened immune response may also be due to the proposed antiviral properties of acetic acid in detoxifying lymph nodes and thus reducing the occurrence of colds. (1) In 2014, research partly funded by the National Institutes of Health (NIH) and Center for AIDS Research provided strong evidence supporting the antimicrobial effects of acetic acid found in vinegar (15). Perhaps most significant about their findings is that the acetic acid in cider vinegar kills disinfectant-resistant Mycobacterium tuberculosis. This potentially fatal bacterium causes tuberculosis (TB) by destroying the lungs and leaves the kidney, spine and brain susceptible to attack (16).

Infections in patients undergoing both surgical and cosmetic procedures today have caused a rising problem in treating the nontuberculous form mycobacteria (15).  Apple cider vinegar may be the alternative treatment to aiding patients in their recovery from infection.

Currently, less effective mycobactericidal chemical disinfectants are provided to patients with infection, including those immunosuppressed.  A small sampling of the contents of these disinfectants include, ethanol, sodium hypochlorite, quaternary ammonium compound, chlorhexidine gluconate, phenol and are all highly toxic, unstable and expensive. (17) How to Use Apple Cider Vinegar:

1. Put on Food: ACV provides acetic acid and enzymes that help to premetabolize meat, veggies, grains or other food components.   This is especially important for meat, because our body has to produce a good amount of Hydrochloric acid to effectively break down protein.

2. Mix into Food: ACV provides a tangy sweet flavor when mixed and combined into various food dishes.  It is especially good in home-made guacamole, hummus and quinoa dishes.

3. Sterilize Wounds & Burns: ACV is a great natural anti-microbial that can be put on a cloth and dabbed onto cuts, larger wounds and burns.  It will hurt at first but will reduce pain and chance of infection and improve the healing process

5. Wart Removal: Best to begin in the evening or a consistent time when you can change band-aids.  Soak a cotton ball in ACV and put it on the wart with a bandaid over the top to hold it in place.  Leave it on for 24 hours and change each day for 7-15 days.  The wart will swell and may throb at it initially reacts to the vinegar for the first few days.  Then it may turn black within 3 days but should be completely gone after a 7-15 days.

6. Dandruff Care: Do a 50/50 mix of apple cider vinegar and water and saturate your hair.  Let sit for 15 minutes and then wash it out of your hair.  Do this each night for a week and you should notice your dandruff is eliminated.

7. Energy & Detox: Put 1 tbsp of apple cider vinegar in 8oz of clean water and drink.  This helps to detoxify the body and improve energy levels.  Do this whenever you like but most ideal times are in the morning right after waking and mid-afternoon when you feel a bit tired.

8. Sore Throat Treatment: You can take 1-2 tbsps of ACV in 2 oz of water and gargle it.  This will naturally help to disinfect your mouth and throat and improve your immune function.

9. Clean Your Home: Dilute ACV in a 1:4 ratio with water in a spray bottle and use this as an all-natural all-purpose cleaner.

10. Stop Hiccups:  Take 1 tbsp of pure ACV and drink.  It is very harsh but the theory is that it overstimulates the nerve endings in the throat and stops the spasms.

11. Apply to Bruises: ACV helps to reduce inflammation.  Simply apply to a cloth and wipe over bumps and bruises and it will speed up the healing time.

12. Detox Bath: Apply a cup of ACV into a bathtub of clean water for a great detox soak.  This can also be done as a foot bath and is especially good if you have toenail fungus or athlete’s foot.

The Inflammation Crushing Ebundle is designed to help you improve your brain, liver, immune system and discover the healing strategies, foods and recipes to burn fat, reduce inflammation and Thrive in Life!

As a doctor of natural medicine, I have spent the past 20 years studying the best healing strategies and worked with hundreds of coaching clients, helping them overcome chronic health conditions and optimize their overall health.

In our Inflammation Crushing Ebundle, I have put together my very best strategies to reduce inflammation and optimize your healing potential.  Take a look at what you will get inside these valuable guides below! 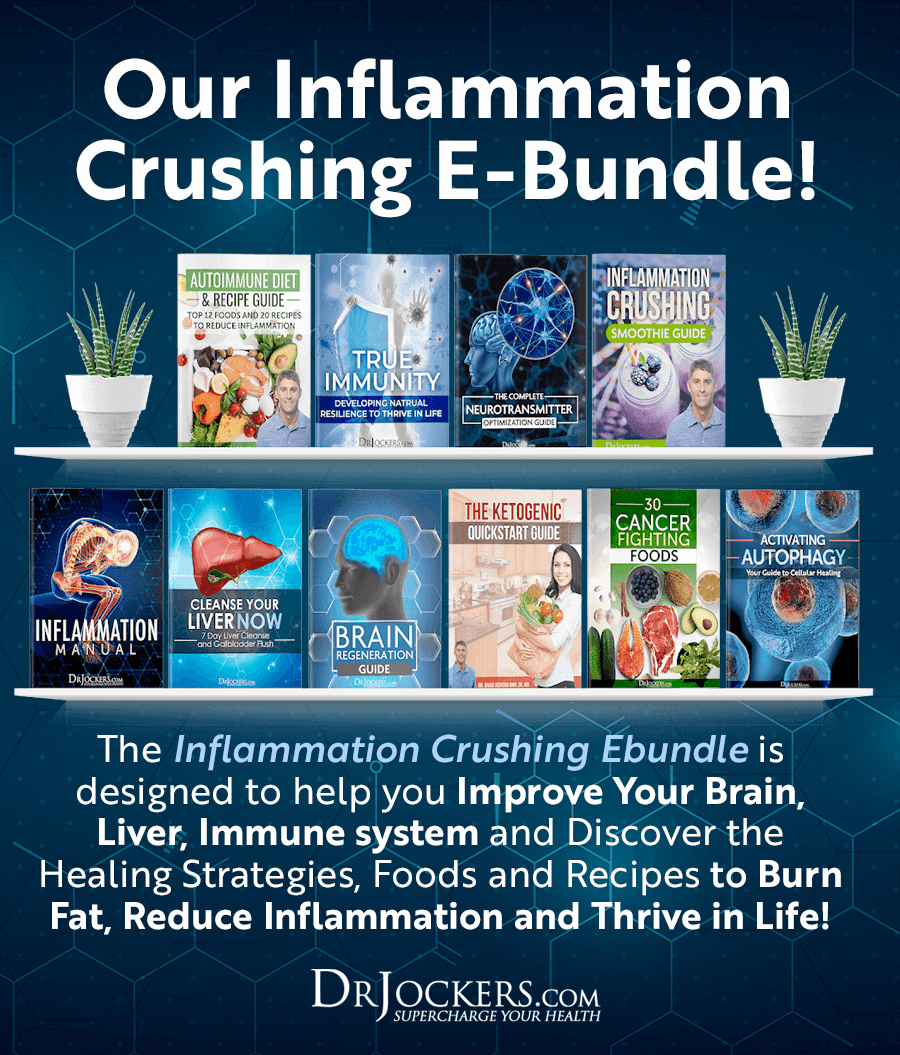