Kelp is a group of large sea algae that is commonly referred to as seaweed.  Most people know about the health benefits of wild fish, but they fail to realize that the major food source for most fish is sea vegetable. This amazing plant species has been used for many years by sea dwelling cultures.  It is renowned for its powerful nutritional benefits.

The healthiest cultures around the world are typically coastal communities who feasted on seafood and sea vegetables.  Today, we can incorporate these foods into our diet regardless of where we live.  Here are 6 powerful reasons you will want to add more kelp and other sea vegetables such as dulse, nori & kombu in your diet. How Does Kelp Grow?

Kelp is part of the brown algae family in the order of Laminariales.  There are about 30 different genera of this form.    Kelp grows in shallow, underwater oceanic forests.  It depends on cool temperatures between 43-57 degrees F (6-14 degrees C).  Some kelp species grow well over a foot a day and can reach heights of 250 ft.

These kelp species are easily harvested due to their surface canopy and underwater growth rate.  Kelp is extraordinarily rich in alkaline buffering nutrients such as sodium, potassium, magnesium and calcium.  It is also a phenomenal source of chlorophyll to boost blood cell formation and purify the body (1, 2). 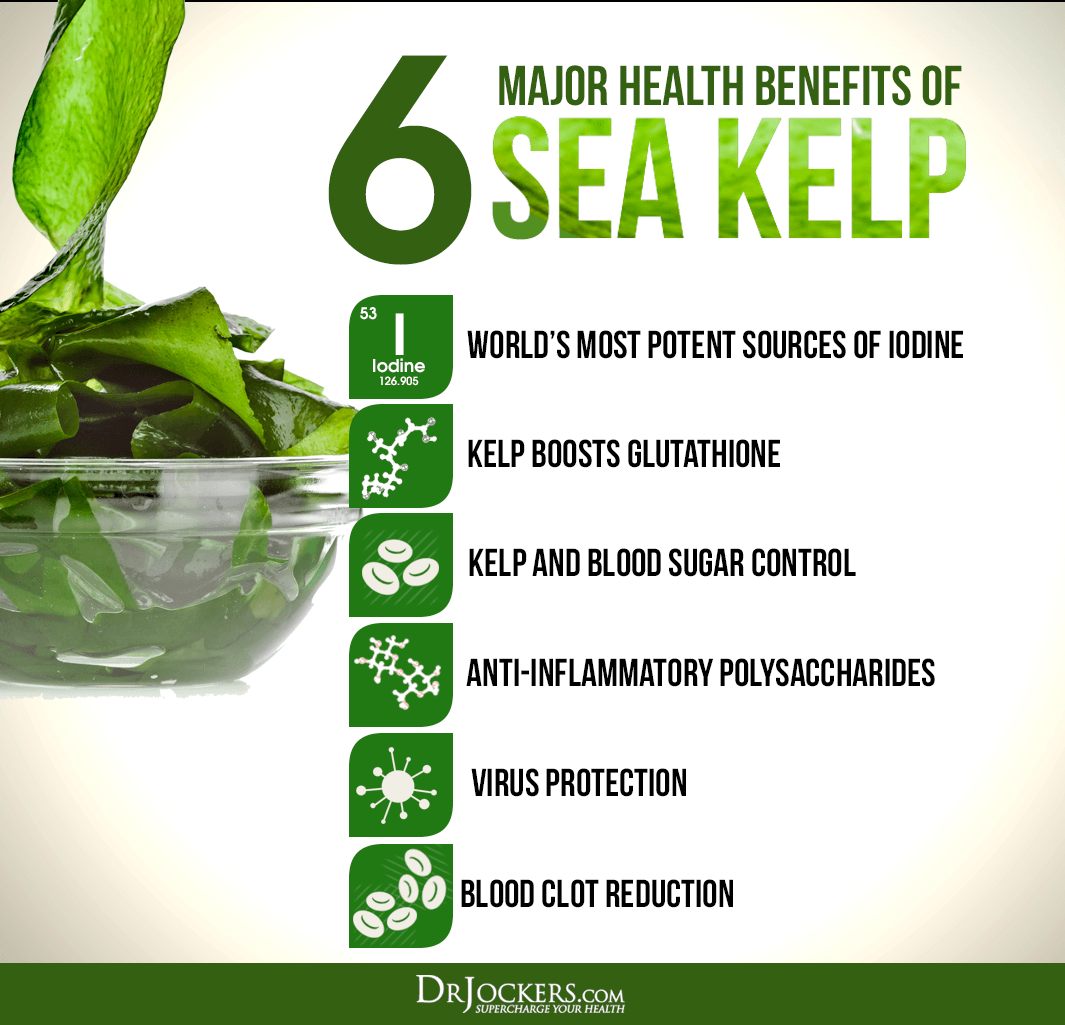 1.  World’s Most Potent Sources of Iodine:

Kelp is considered the world’s most potent source of naturally occurring iodine.  Some species have been known to concentrate iodine by up to 30,000 times the amount in sea water.  Iodine deficiencies are becoming increasingly common throughout the world (3). The Japanese call several Pacific species of kelp Kombu.  These cultures use Kombu in many traditional dishes such as soups, stews & sushi.  Kombu is a powerful source of natural glutamic acid which is a precursor to the bodies master antioxidant glutathione (6).

Kombu is often used to soften beans during cooking and help convert challenging sugars into a more digestible form and thus reduce flatulence.  Improving glutathione levels is important to keep the body adapting to stress, healing properly and preventing chronic disease.  We naturally lose glutathione as we age, therefore, using glutathione precursers such as kombu can help to prevent against excess oxidative stress. 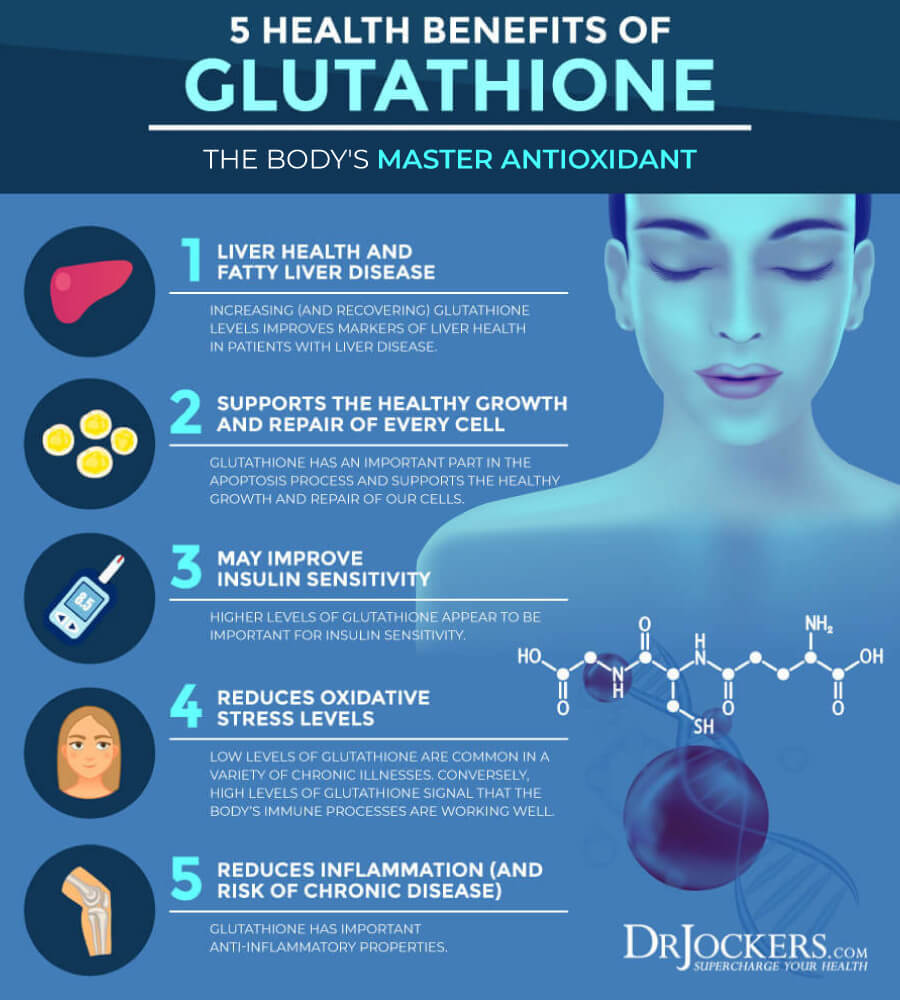 Sea vegetables like kelp are also a great source of the mineral vanadium.  Vanadium helps form the haloperoxidase enzymes that help provide a natural antioxidant defense that has allowed these sea vegetables to flourish (7).

Vanadium is a critical trace mineral that enhances insulin signaling and blood sugar balance by inhibiting the tyrosine phosphatase enzyme.  This process also reduces glucose formation and enhances the body’s ability to store sugar in the form of muscle and liver glycogen (8).  This is an important adaptation that helps the body withstand stress more effectively. Sea vegetables also contain a unique group of polysaccharides called fucoidans.  These fucoidans have a characteristic branching pattern with sulfur containing molecules.  They are being widely studied for their ability to reduce inflammation within the body.  These sulfated fucoidans have been shown to reduce pain, fight viruses and prevent atherosclerosis (9, 10).

New research is looking at these fucoidans as anticancer agents in preclinical development (12, 13).  If you are looking for a great thyroid supportive sea vegetable based supplement, we use Thyroid Strong, which combines kelp, dulse, irish moss and bovine glandulars to support the endocrine system. These sulfated polysaccharides have also been shown to block the typical binding sites for many viruses such as Herpes.  By blocking binding sites the virus is unable to replicate.  Without adequate replication, the viruses are unable to survive (14, 15).

Both of these reduce platelet cell coagulation that forms blood clots (16).  Heparin comes with a number of dangerous side effects while naturally occurring sulfated polysaccharides in kelp have no known side effects. Where to Get Good Sea Vegetable:

Due to radiation fall-out from Fukushima, I don’t recommend getting pacific coast kelp.  You want to look for kelp from the clean waters of the Northern Atlantic and in particular the Maine coast.

If I am out at a restaurant that serves natural food, I will often order a seaweed salad or get some sushi which are both great sources of sea vegetable.  I also LOVE to enjoy the Sea Snax and even my twin boys enjoy these simple snax that are made from sea vegetable, olive oil and sea salt.

On a daily basis, I use one of my favorite herb mixes called Herbamare which contains kelp.  I simply use this generously on guacamole, meat dishes, vegetable dishes, etc.  If you use herbs like this daily you will support your immune system, improve your iodine status and gain the powerful nutritional benefits of kelp!

If you enjoy learning about cutting edge nutritional science, you may be interested in my advanced nutrition and recipe book the Keto Metabolic Breakthrough. 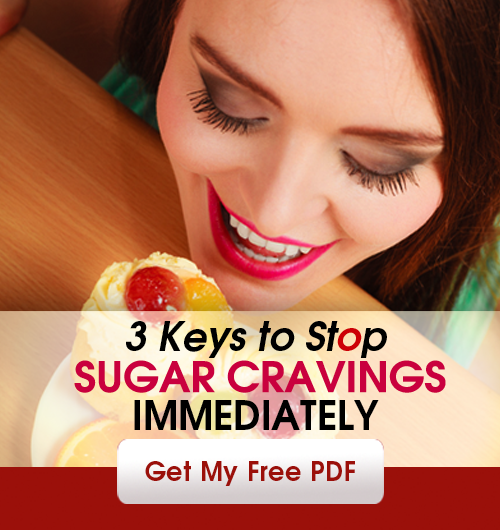