The 8 Safest Natural Sweeteners to Use

Sweet foods were a rare delicacy for our ancient ancestors.  Today, we have an unlimited supply of sugary foods and beverages at our disposal.  Natural sweeteners can be used effectively in moderation to provide the sweetness that most people crave.  Here are the best natural sweeteners ranked in order based on low glycemic index and additional health benefits.

Every living creature is designed to run off of a simple sugar called glucose.  It is the primary unit in the study of metabolism.  However, there are certainly dangers involved with consuming too much glucose. Those dangers mostly involve elevated blood sugar and insulin which trigger fat accumulation, cellular inflammation and insulin resistance.

Fructose is another simple sugar that is found in natural sweeteners such as fruits, honey and plant/tree nectar.  This is metabolized differently than glucose and can cause even more hazardous effects when consumed in excess.

Most plant based sweeteners such as agave nectar are extremely high in fructose.  Agave was thought to be one of the good natural sweeteners until health researchers found out the dangers of it’s nearly 80% fructose content.

Processed from the leaf of the stevia plant which is native to South America.  This herb derivative has no effect on blood sugar, insulin signaling and triglyceride formation.   It develops most of its sweetness from glycosides called stevioside and rebaudioside.   These compounds are 250-300 times sweeter than sucrose and they have the ability to withstand heat and have a long shelf life (1, 2).

Studies have even shown the stevia leaf to have beneficial effects at improving cellular insulin sensitivity and reduce the risk of type II diabetes and high blood pressure (3, 4).  My favorite stevia to use personally is Sweet Leaf stevia in the liquid dropper here  I like this brand because it is pure stevia, without any sugar alcohols or other sweeteners added.   Most people also like the flavor better as it has less of an aftertaste.

You can find it in a variety of flavors including vanilla, chocolate, hazelnut, cinnamon, English toffee, grape and lemon.  If you are noticing an unpleasant aftertaste with the Sweet Leaf brand, than try adding a little bit of sea salt or pink salt (to taste – not too salty) to your recipe using the stevia and this can help remove the after taste.  I have seen a lot of people who once “hated” stevia, completely change their opinion after adding the salt.

Lo Han Extract is also called monk fruit.  The monk fruit plant grows native in Southern China/Northern Thailand.  Lo Han has a very low glycemic index and low sugar content.  It gets the majority of its sweetness from a glycoside nutrient called mogrosides.

These mogrosides are 300 times sweeter than sugar and act as antioxidants that have shown abilities to inhibit cancer cell formation (5, 6).  This is a wonderful sweetener but it can be hard to find and expensive.  I like Pure Monk Fruit from Julian Bakery because it is the only one I found without other sweeteners such as erythritol.

Yacon syrup is extracted from the roots of the Yacon plant which grows throughout the Andes mountains in South America.  This plant has a long history as a powerful food that has been eaten and used for medicinal purposes in South America.

Yacon syrup is rich in prebiotic fibers (roughly 40-50%) called inulin and fructooligosacchardes (FOS) which are undigestable by the body but feed healthy gut bacteria (7).   Yacon does contain a small amount of sugar through fructose, glucose and sucrose but the rich fiber within it makes it a very low-glycemic sweetener.   The use of Yacon syrup has been shown to reduce obesity and insulin resistance (8).

I like Blue Lily’s organic Yacon syrup which is lower glycemic than maple syrup and a great prebiotic for the gut.

This is a very low glycemic liquid sweetener derived from the liquid sap of the coconut blossoms.  It is also called coconut sugar.  The glycemic index is 35 making it one of the lowest of natural sweeteners.

Also, the fructose levels are very low at 10% and it contains a wide variety of antioxidants, minerals and other nutrients that enhance blood sugar stability.  It can be found in health food stores but is somewhat pricey.  Although I really don’t use coconut nectar or coconut sugar, one of the better brands is Coconut Secret here

This superfood does have an effect on blood sugar and contains approximately 53% fructose so one should only consume this in moderation.  Honey contains a wide array of trace minerals such as calcium, iron, zinc, potassium, phosphorous, magnesium, copper, chromium, manganese and selenium.  These nutrients are critical for healthy cellular insulin sensitivity and blood sugar balance.

Raw honey is also extremely rich in antioxidants and natural enzymes.   Honey contains flavonoid anti-oxidants such as pinocembrin and pinostrobin that help reduce oxidative stress in the body and promote better enzyme activity (9).  Finding local raw honey is the best as it contains small amounts of local flower pollen which enhances our bodies ability to adapt to this potential allergen.

It is best to find a local producer so you can get the best locally developed raw honey.  If you cannot find a honey producer in your area, than I would use HoneyTrees here

Molasses is a byproduct of the processing of sugar.  It does have an effect on glycemic index and must only be consumed in moderation.  Blackstrap molasses is a very rich source of iron, copper, manganese, potassium, magnesium and selenium.

This syrup is a dark sap from the xylem of maple trees.  It does contain sucrose, glucose & fructose and therefore has an effect on blood sugar and insulin levels.  Please use in moderation.  Maple syrup contains significant amounts of zinc, calcium, manganese and antioxidant phenol vanillin.

These include xylitol, glycerol, sorbitol, maltitol, mannitol, and erythritol.  These do occur in nature, however, it is somewhat questionable for us to call them natural sweeteners as they are typically processed more than other sweeteners and often made in a lab.

Sugar alcohol is supposed to just pass through the body unrecognized and metabolized.  This causes no blood sugar imbalances and is considered a safe sweetener.  However, many individuals have reported significant gastrointestinal distress that includes cramping, bloating, gas & diarrhea (10).

There are many blends of stevia-erythritol and monk fruit with erythritol.  If you are noticing unpleasant digestive symptoms with these…it is more than likely the sugar alcohols that are causing it.  So be on the lookout.

If you are purchasing erythritol, look for one labeled non-GMO, since this is a corn derived product.  If you have a corn sensitivity, be sure to avoid it.  A good brand is NOW Foods erythritol here and Xylitol

What Does Dr Jockers Do:

I personally use stevia as my main sweetener.  I prefer the SweetLeaf brand here or the Pure Monk fruit.  I am not against using these other sweeteners as we have many of them in our recipes on DrJockers.com, but I would caution to use them in moderation.

We all love a sweet taste but overconsuming them can lead to increased sugar cravings and blood sugar dysregulation.  Be sure to follow the strategies I discuss in this article on buffering blood sugar naturally.  I also have a complete program designed to help you overcome sugar cravings, lose weight and improve your energy and mental clarity.  It is called the Sugar Detox Program and you can check it out here 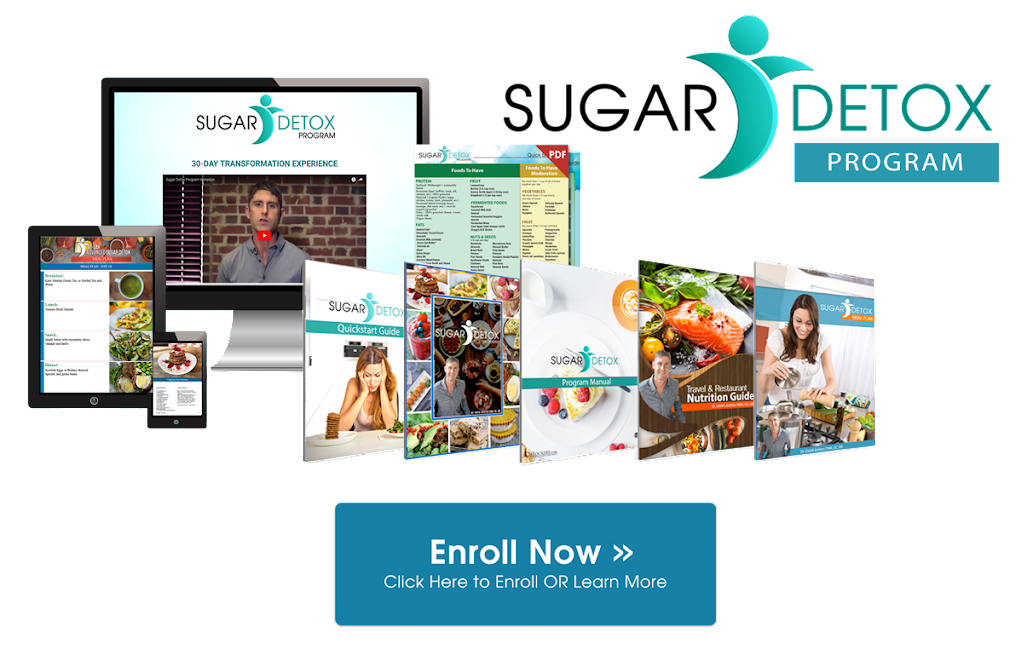